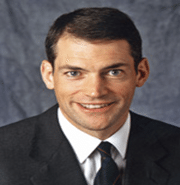 Michael G. Fisch became a financial advisor to the William Rosenwald family in 1993 and became President of American Securities Capital Partners, LLC (“ASCP”) upon its founding in 1994. Before joining American Securities, Mr. Fisch was a partner in two private equity funds, a consultant in the Paris office of Bain & Company, and a professional in the Mergers and Acquisitions department of Goldman, Sachs & Co. Mr. Fisch is managing member of ASCP and the associated American Securities Partners’ series of private equity funds which have combined committed capital of over $2.0 billion. He serves on the boards of numerous ASCP affiliated enterprises. In addition, Mr. Fisch is a member of the investment committees of: Sterling American Property series of real estate funds which have purchased over $3.5 billion of property since 1992; ICV Partners series of private equity funds which manage over $450 million of equity commitments focused on inner-city and ethnic minority businesses; ACI Capital which manages over $500 million of private equity funds focused on special situations; and American Securities Distressed Partners, LLC which has $85 million of commitments for distressed debt investments. He also serves on the advisory board of Great Point Partners I, L.P., a $156 million private equity partnership focused on health care. Mr. Fisch is a Trustee or Board Member of The Brick Presbyterian Church, Princeton Theological Seminary, Human Rights Watch and the Mount Sinai Department of Medicine. He has authored a number of articles; appeared as a guest on CNBC’s Squawk Box and other television programs; and lectured at Stanford University’s Graduate School of Business, all on various topics related to private equity/investing. Mr. Fisch received a BA degree cum laude from Dartmouth College and an MBA degree from Stanford University.